June 28, 2013 New Prisons Are Being Built For YOUR Children

Brand new, million-dollar prisons are springing up across the nation in the midst of massive school closings. What does this mean? Our children are in grave danger. See on www.yourblackworld.net 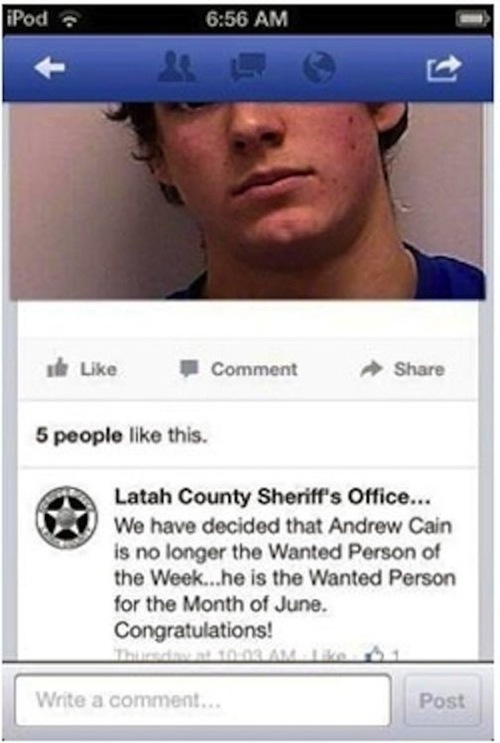 When a teenager failed to appear in court on substance abuse charges, the police began cyber-bulling him on Facebook.

lET´S START WITH A COMPLAIN: 28 PEOPLE HAD SIGNED THE PETITION for TO BAN SOLITARY CONFINEMENT FOR CHILDREN
I sent informations about this Petition to USA, EU, Ca, Au…

Recently I signed a Petition for banning CAFO-Systems for pigs:
1 Million and some hundred thousands signed the Petition..

I think about to quit…I am loosing my hope…
Annamaria

Nineteen-year-old Pullman, Washington, resident Andrew Cain took his own life on Saturday. Now his sister, Alise Smith, is asking for an apology from the local police department who allegedly cyber-bullied the young man just days beore his death.

Cain was reportedly wanted [3] for controlled substance charges and failure to appear in court. According to local media, a Latoh County, Idaho, Sheriff’s Office deputy assigned to Cain’s case posted a photo of the teenager on the Sheriff’s Office Facebook page, along with this message:

“It all exploded into people sharing it and rumors starting about other things that Andrew had done, crimes that he has never committed,” Smith told KLEW [4], “And people started harassing him.”

Smith says Cain texted her earlier in the week, saying he felt like putting a bullet in his head.

“The text came along with a screen shot of a private Facebook conversation from Sergeant Doug Andersen to Andrew saying that if he turned himself in, he would give him a copy of the wanted poster, basically teasing him,” she said.

According to KLEW, Smith stressed that she is not blaming the Latoh County Sheriff’s Office for Cain’s suicide, but “believes the Facebook activity was belittling and she hopes it doesn’t happen to anyone else.”

Latah County Sheriff Wayne Rausch told KLEW that Facebooking wanted posters has helped procure arrests, but understands that this particular post was inappropriate. “It has never been my policy to include editorializing in media releases pertaining to the location and apprehension of persons wanted by the court,” Rausch said in statement. According to the KLEW, he apologied to Smith personally.

“That he felt necessary to end his life over facing consequences is tragic,” Rausch said in a statement

Smith told the Associated Press [3] she grasps the usefulness of posting wanted posters to Facebook, but felt the “congratulations” comment and the private messages were an ‘abuse of power.’

P
By Valerie Fortney,
Calgary Herald
June 27, 2013
They are children who have no home of their own, let alone cherished material possessions. When the wife of their prime minister came to visit recently, they were thrilled when she gifted each one the equivalent of about $12 Cdn.

On Wednesday, those children handed over half of their new windfall to the Paul Brandt Build It Forward Foundation, specifying that they wanted the money to go to victims of the Alberta floods. Together with donations from orphanage staff, the final tally came in at $900 — impressive from children of any socioeconomic background.

These children, though, are the neediest of the world’s needy. They live in a place called Place of Rescue Orphanage, a Cambodian sanctuary for children and adult AIDS patients and other unfortunates.

While such an act of generosity is jaw-dropping — the poorest of the poor giving to citizens in one of the wealthiest cities in the world — it doesn’t surprise someone like Brandt.

Iraq-Vet Kills Himself … Writing Before A Powerful Indictment…

Iraq war veteran Daniel Somers committed suicide following an arduous battle with post traumatic stress disorder (PTSD) that was caused by his role in committing “crimes against humanity,” according to the soldier’s suicide note.

Somers was assigned to a Tactical Human-Intelligence Team (THT) in Baghdad which saw him involved in more than 400 combat missions as a machine gunner in the turret of a Humvee, in addition to his role in conducting interrogations.

Somers’ suicide note is a powerful indictment of the invasion of Iraq and how it ruined the lives of both countless millions of Iraqis as well as innumerable US troops sent in to do the dirty work of the military-industrial complex.

“The simple truth is this: During my first deployment, I was made to participate in things, the enormity of which is hard to describe. War crimes, crimes against humanity,” wrote…

http://www.wbir.com/news/article/278255/2/East-TN-mom-claims-son-was-abused-while-in-DCS-custody VIDEO
Some lines ….
WBIR, Sevier County) A state agency has found itself at the center of more controversy after an East Tennessee family claimed their son was abused while in the state’s care.

It’s been a rocky year for the Department of Children’s Services. The department has come under fire for the amount of children who have died while under its care. The Tennessean newspaper broke the story that more than 190 children have died over the last two years while in DCS’ system.

The controversy led to DCS appointing a new chief last month, after the old department head stepped down.

6-year-old ‘transgender’ boy must be allowed to use girls’ bathroom: Colorado officials 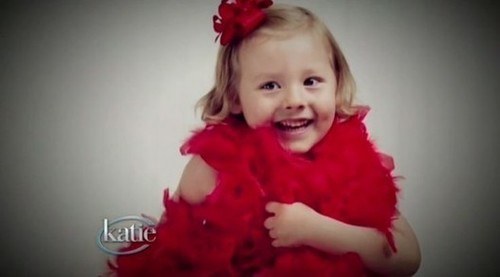 by Johanna Dasteel DENVER, CO, June 25, 2013 (LifeSiteNews.com) – A Colorado governing body has ruled that a 6-year old boy, who his parents claims is ‘transgender,’ was discriminated against when officials at his elementary school prohibited him…

DCF roiled by another child’s death

DCF received a report that 1-year-old Ezra Raphael died allegedly at the hands of his mother’s boyfriend, Claude Alexis.

DCF received a report that 1-year-old Ezra Raphael died allegedly at the hands of his mother’s boyfriend, Claude Alexis.

For the fourth time in six weeks, the state Department of Children & Families is investigating the death of a Florida child who, only weeks or months earlier, had drawn the attention of agency administrators.
The latest to die is Ezra Raphael, age 2. Police say they were “summoned” to Ezra’s home at 15664 NE 10th Ct. in North Miami Beach, at 11:08 p.m. last Thursday to check on a “sick and unresponsive child.” When paramedics arrived, police said in a statement, they found Ezra unconscious on the dining room floor. The toddler was pronounced dead shortly after he arrived at Jackson North Medical Center.

An autopsy showed that Ezra had sustained trauma to his back and body, and the Miami-Dade Medical Examiner’s Office ruled the boy’s death was a homicide, police said. At the time when Ezra was mortally injured, North Miami Beach police said, the boy had been left alone with 32-year-old Claude Alexis, his mother’s boyfriend. He has a lengthy arrest record. Alexis remains without bond at the Miami-Dade County Jail on first-degree murder and aggravated child abuse charges.

Ezra’s mother, 22-year-old Cierrah Raphael, was charged with neglect because “over a course of time, evidence showed that Cierrah repeatedly left [the boy] home completely uncared for and unattended,” a press release said.

The last time Florida child welfare investigators were aware of Ezra Raphael, the infant had been abandoned by his mother with a virtual stranger in Gainesville. A DCF investigator was told last February that then-1-year-old Ezra had been left with a woman his mother “does not know” because his mom was working as a prostitute and could not raise him.

“Risk is high,” a report said, because Raphael, who was a former foster child herself, already had permanently lost custody of an older child because she was deemed unfit as a mother.

Despite the risk, DCF closed its investigation about 20 days after initiating it — without taking any actions to protect the infant.

When Ezra next appeared on DCF’s child abuse hotline, it was in a report of his death.

A DCF spokeswoman in Tallahassee, Alexis Lambert, declined to discuss the case in detail Tuesday, though the agency did release a report to the Herald in response to a public records request. In a short statement, Lambert said: “The death of a child so young is a tragedy that is beyond comprehension. We will now focus our efforts on helping determine the circumstances that led to this child’s death and working with law enforcement to hold those responsible accountable.”

Ezra’s death comes at one of the most troubling times in the agency’s history: Since May 16, at least four small children have died — three of them in either Miami-Dade or Broward.

Debra Elder, who had been Raphael’s foster mother in Miami Gardens, said Raphael visited her Monday to tell her Ezra was dead. Elder described the toddler as tall, well-mannered and “lovable.” Ezra was walking and talking at only 11 months.

“She loved her kids,” Elder said.

“It’s hard to believe she would have left him [with Alexis] if she thought he was in danger,” Elder added.