In Florida, A Clash Over Exhuming Bodies At Reform School : NPR 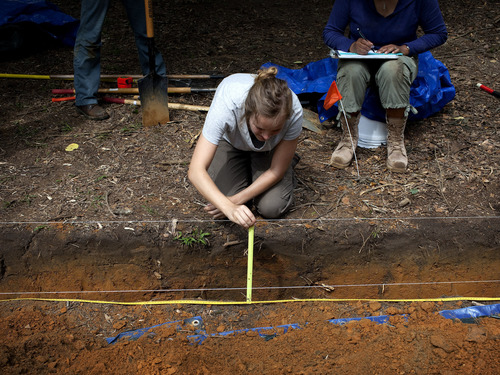 A forensic anthropologist and her team want permission to exhume dozens of bodies they found in unmarked graves, but are meeting resistance from state officials.

In this video from Ireland, Michael O’Brien, who lost his mother as a child, and whose father was forced to hand him and his siblings over to be cared for by the church, speaks out about the abuse he suffered at the hands of “men of god”.

From ANSA news agency in Italy:

Fresh blow to Church after series of scandals

Rome, May 26 – An Italian priest has been arrested for alleged child abuse in a fresh blow to the Catholic Church, which has been shaken by a series of paedophile scandals.

Domenico Pezzini, 73, was detained by police in Milan earlier this week on suspicion of having sexual relations with a boy, who was 13 at the time of the alleged abuse. He is now 16 and living in a home for children needing… Priest claims he was abused by older cleric, and church is punishing him for speaking out

The Catholic church in Scotland faces a fresh sex-abuse crisis involving some of the country’s senior clerics. The Observer has seen documents  suggesting a scandal similar to the one that led to the resignation of Cardinal Keith O’Brien as Archbishop of Edinburgh and St Andrews.

As a seminarian, a priest known as “Father Michael”, who wishes to remain anonymous while an appeal to Rome is made, said he was sexually assaulted by a parish priest, Father Paul Moore. Father Michael said the church failed to deal appropriately with his complaint over a 17-year period, and that he is now being ousted from the church while, he feels, his abuser is being protected.

Father Michael is recovering from cancer but has been refused permission by Bishop John Cunningham of Galloway to reduce his workload during his convalescence. …

Please, note: I added the title-side of the book shawn above, because I think somebody would need that book!

34 Kids a day seen in ER for choking on Food, Study finds

34 kids a day seen in ER for choking on food, study finds

Teresa Stewart and her daughter, Ava, now 7, shown in 2010, shortly before the girl had her second frightening choking incident. Now Stewart educates other parents on the dangers of choking.

Boston-area mom Teresa Stewart thought she was playing it safe by cutting her daughter’s grapes in half. But the fruit still proved too much for 9-month-old Ava to chew. Years later, Stewart still remembers seeing her gag, then start to turn pale.

The new mom had taken a CPR course while pregnant so she knew what to do. Four back slaps dislodged the grape.

Stewart was so upset by the experience that she decided to become a CPR instructor, which served her well when Ava choked — again — on a balloon shortly before she turned 4.

A study published Monday in the journal Pediatrics confirms that choking is a common hazard of childhood, with 34 children a day admitted to emergency departments because they’ve choked on food. That amounts to more than 12,000 emergency visits a year from kids ages birth to 14, but the problem is actually even more significant since most kids who choke don’t wind up at the hospital.

“As dramatic as this study is, this is clearly an underestimate,” says Dr. Gary Smith, the study’s senior author and director of the Center for Injury Research and Policy at Nationwide Children’s Hospital in Columbus, Ohio.

Those children between the ages of birth to 4 were most likely to choke on food, with hard candy accounting for 15 percent of choking incidents. Other kinds of candy and gum were the culprit behind 13 percent of episodes, followed by meat — not including hot dogs — and bones. Nuts, seeds and hot dogs were the foods most likely to end up in a hospital stay — nuts and seeds because they’re difficult for little teeth to chew and hot dogs because they can be sucked into the airway and cause more serious choking.

“If you were going to get the best engineer in the world, you couldn’t design a better plug for a child’s airway than a hot dog,” says Smith.

Children’s airways are relatively small compared to those of adults, notes Dr. Phyllis Agran, a pediatric gastroenterologist and professor emerita at the University of California, Irvine’s medical school. “The bigger you are, the more room there is,” says Agran.

The American Academy of Pediatrics recommends keeping foods including hot dogs, nuts, chunks of meat or cheese, whole grapes and hard candy away from kids younger than 4. Any food given to babies and young children should be chopped into pieces no larger than half an inch.

Some parents may need to keep mincing even longer, depending on the child. Hot dogs, grapes and raw carrots are the top three choking hazards for children. Take a cue from Stewart, who began cutting choke-worthy food in quarters after Ava’s unfortunate grape encounter. “I always tell families to cut them in quarters, nice and small,” she says.

Parents and caregivers shouldn’t overlook the importance of educating older siblings not to feed their younger brothers and sisters. Several years ago, Agran said, there was a case in which an older sibling gave a baby an almond; tragically, the baby choked on the nut and died. “All parents need to know CPR and the Heimlich maneuver,” says Agran. “But the best thing we have is prevention.”

The study tracked only nonfatal episodes between 2001 and 2009, but nearly 30 years ago, Smith conducted a similar study in the Journal of the American Medical Association about children who died after choking on food. “Roughly a child every five to six days chokes to death on a food,” says Smith, whose study has not been repeated. “I have no reason to think those numbers have changed because there haven’t been major changes in surveillance or protection.”

But that’s exactly what Smith and his colleagues are calling for. In their study, they suggest boosting public awareness of choking hazards and attaching warning labels to food with a high choke factor. Slapping a caution on a package of Oscar Mayers may sound a bit odd, but toy manufacturers routinely label toys that have potentially dangerous parts.

In 1994, Congress passed legislation prohibiting manufacturers from marketing toys with small balls, marbles or balloons to children under 3; if such items are part of toys for older kids, the product must also carry a warning label. “All these protections have existed for years for toys, but none of this exists for food,” says Smith. “And children choke more often on food than on toys. If we take everything we’ve learned over the past two decades on protecting children from choking on toys and apply it to food, we will save lives and prevent injuries.”

If, despite the best precautions, your child still chokes, be prepared to act. Babies require five back slaps and five chest thrusts, repeated until the object is removed. After age 1, only abdominal thrusts — commonly known as the Heimlich maneuver — are required. “It’s not safe to do abdominal thrusts on a baby,” says Stewart, who now educates other parents about what to do when food or other objects get lodged in their children’s throats.

“Having gone through that again, it was a turning point,” says Stewart, program manager for safety, wellness and sleep support at Isis Parenting, which offers prenatal and parenting courses in Boston, Atlanta and Dallas. “Watching your child choke is emotional and traumatic.”

PressTV: 80% of US adults face near-poverty, no jobs 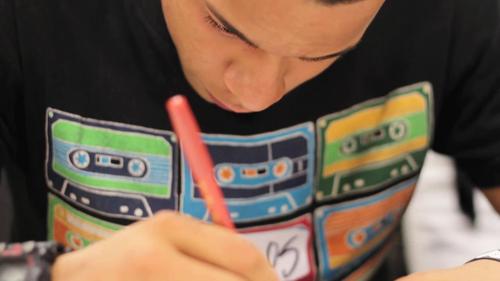 In New York State, 16 & 17 year old offenders are prosecuted as adults in
the criminal justice system. These young people often face life long criminal
records and incarceration alongside adult offenders.
Rather than deterring youth crime, this harsh sentencing scheme
increases the likelihood of recidivism among adolescents. In fact, jail sentences and criminal records have been shown to deter positive behavioral change in young people.
In 2012, a pilot program called Young New Yorkers was launched to offer an
arts-based restorative justice alternative to a group of young men caught
up in the criminal justice system.

More than 100 teenagers involved in sex trafficking and exploitation were rescued over the weekend in coordinated raids encompassing more than 70 cities, the FBI said Monday.

The youngest child was 13 years old, the agency said.

The raids resulted in the arrest of 150 “pimps” involved in the commercial exploitation of both adults and children, said Ronald Hosko, assistant director of the FBI’s criminal investigative division.

It was the FBI’s largest action to date focusing on the recovery of sexually exploited children, and took law enforcement agencies to streets, motels, casinos and social media platforms, Hosko said. He said he hoped it would focus attention on sex trafficking, “this threat that robs us of our children.”

“The pitches tend to be: Girls are enticed with compliments or offers, do they want to make some money,” Hosko said. “Then they are trapped into this cycle that involves drugs, that involves physical abuse. It may involve torture.”

Criminal charges against the 150 will include human trafficking, authorities said.

An estimated 240,000 children in the United States are considered at risk of sexual exploitation.

These children watched the   ad and can’t understand why anyone had a problem with it.

A Bay Area native, Andri Antoniades has previously worked as a fashion industry journalist and a medical writer.
This video, a wide-eyed take on the “controversial” Cheerios commercial, is proof that kids don’t know how to be racist until they’re taught to be racist.

Cheerios shut down the comments section underneath the ad and rightfully stood by the commercial in their public statement: “At Cheerios, we know there are all kinds of families and we celebrate them all.”

But when these children watched the commercial, they didn’t understand why it was a big deal at all. The racial implications of it had to be explained to them.

“I thought Martin Luther King fixed this already,” said one.

The video, made by The Fine Bros., went viral this week, which isn’t suprising considering how much the Trayvon Martin case has become a part of our daily conversation.

While this video may feature children, it shows much more than an innocent perspective on race; it shows a fair and just