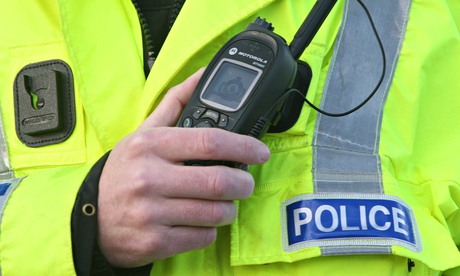 There are concerns that too many mistakes are being made by police dealing with the highest risk victims, leaving them vulnerable. Photograph: David Cheskin/PA

More than 10,000 women and children are at high risk of being murdered or seriously injured by current or former partners, according to police assessments obtained by the Guardian.

In a stark illustration of the levels of domestic violence across the country, data from 34 out of the 44 police forces in England, Wales and Scotland reveals  that at least 10,952 individuals, most of whom are women, were deemed to be at high risk of violent death in the home, or of suffering serious violence, in the…

“The presumption that new chemicals and technologies are safe until proven otherwise is a fundamental problem,” study authors write

Toxic chemicals including some pesticides and solvents may be behind the increasing number of cases of neurodevelopmental disabilities—including autism and attention-deficit hyperactivity disorder—among children, researchers warn.

“We have the methods in place to test industrial chemicals for harmful effects on children’s brain development—now is the time to make that testing mandatory,” stated study co-author Philippe Grandjean. The findings are presented in a study by Philippe Grandjean, adjunct professor of environmental health at Harvard School of Public Health (HSPH) and Philip Landrigan, Dean for Global Health at Mount Sinai published…

The Vatican insisted on Thursday it is committed to stamping out sexual abuse by the clergy, as top Church officials were grilled before the UN’s child rights watchdog.

The hearing came as Pope Francis said all Catholics should feel “shame”, in an apparent reference to the scandals that have rocked the Church for more than a decade.

Under the spotlight at the United Nations Committee on the Rights of the Child in Geneva, the Vatican delegation insisted it understood what it had to do to root out sexual crimes.

“The Holy See gets it, that certain things have to be done differently,” said Monsignor Charles Scicluna, the Vatican’s former top prosecutor.

“It’s not words, it has to be commitment on the ground, on the level of the local churches,” he told the committee.

The Roman Catholic Church has faced a cascade of scandals involving child sexual abuse by priests and Catholic lay officials, from Ireland to the United States and from Australia to Germany.

Pope Francis, who has vowed zero tolerance of abuse since he was elected last March, said the scandals “are the shame of the Church.”

“Do we feel shame? There are so many scandals that I do not want to name them individually but everyone knows about them!” the pope said in a homily on Thursday.

Like other signatories of the 1989 UN Convention on the Rights of the Child, the Vatican agrees to submit regular reports on its respect for the rules, and to be scrutinised by an 18-member watchdog panel.

Thursday’s session – a regular review of the Holy See’s rights record, and not exclusively focused on the abuse issue – marked the Vatican’s second appearance before the committee.

The first was in 1995, before the abuse cases burst into the spotlight.

UN committee member Hiranthi Wijemanne charged that perpetrators were too often shielded by the Church hierarchy.

“Why is there no mandatory reporting to a country’s judicial authorities when crimes occur? Taking actions against perpetrators is part of justice,” she asked the Vatican’s delegation.

Past cases of abuse were often covered up by priests’ superiors, who typically transferred offenders to new

parishes, rather than turn them over to police.

“It is not a policy of the Holy See to encourage cover-ups,” he said. “Our guideline has always been that domestic law of the countries where the churches operate needs to be followed,” he added.

The Vatican’s UN ambassador, Monsignor Silvano Tomasi, said the Holy See was legally responsible only for implementing the UN Convention on the tiny territory of Vatican City — a position long criticised by campaigners.

But he said that as the central body of the Church the Vatican was working with its local branches to develop measures to stem sexual abuse.

It was up to nations to crack down, Tomasi insisted.

“Priests are not functionaries of the Vatican. Priests are citizens of their own state and fall under its jurisdiction,” he underlined.

‘Such crimes can never be justified’

Benedict XVI, pontiff from 2005 to 2013, was the first pope to apologise to victims and call for zero tolerance of abuse, though critics say that his rhetoric outstripped action.

Pope Francis has vowed to take things further by setting up a special committee to investigate crimes, enforce prevention measures and care for the victims.

Pressed for details of the Vatican committee, Tomasi said the ground rules and membership were still being established.

“The Holy See has not established any mechanism to investigate those accused of perpetrating sexual abuse, nor to prosecute them,” she said, calling for a “new approach”.

Oviedo also demanded to know what the Vatican was doing in case of Archbishop Jozef Wesolowski, a papal envoy from deeply Catholic Poland recalled from the Dominican Republic amid claims of sexual abuse there.

“Confronted with this reality, the Holy See has carefully delineated policies and procedures designed to help eliminate such abuse and to collaborate with respective state authorities to fight against this crime,” he added.

“Such crimes can never be justified, whether committed in the home, in community and sports programmes, in religious organisations and structures. This is the long-standing policy of the Holy See,” he insisted.

The Vatican says it continues to receive around 600 claims against abusive priests every year, many dating back to the 1960s, 1970s and 1980s.

Victims’ groups say the issue is far from settled with cases of ongoing abuse emerging regularly and the total tally potentially in the hundreds of thousands.

A Christian pastor has been killed by a lynch mob in northern Nigeria after a schoolgirl was mutilated and killed, a local MP has told the BBC.

The girl’s body was found in the preacher’s house, which was then burnt to the ground, said Ahmed Babba Kaita, MP for Kankia in Katsina state.

The pastor died on his way to hospital, Mr Kaita said.

The crowd apparently accused him and another man of killing the girl for ritual purposes.

A house and shop belonging the other man were also reportedly set on fire.

Police have intervened and the town is now said to be calm.