At least 1 American child is shot every hour – report

At least 1 American child is shot every hour – report

A recent research estimates over 10,000 under-18s were shot in the US in 2009 – at least one third died. While infants are mostly injured due to firearms mishaps, teenagers are most often victims of criminal armed assaults.

A study by John Leventhal MD and his team from the Yale School of Medicine, published in the journal Pediatrics, utilizes statistics from the Kids’ Inpatient Database (KID), on children hospitalized in the US with gunshots in 2009, the latest statistics available.

“Parents sent to prison for neglecting son leaving him blind”

Parents sent to prison for neglecting son leaving him blind

A young boy, aged 11, went blind after he was kept with his two-year-old sister in a unsanitary house leading to him going blind due to cataracts.

His parents, Gillian Hendry and Craig Dick from Stockton-on-Tees, have been jailed for two and half years and two years and three months respectively.

A leaked social services report has slammed council staff for not intervening for the two children despite several opportunities between 2007 and 2013.

The report on the case said:  ‘(The boy) reported that he was blind in his left eye.

‘He said he remembered his eye being sticky then cloudy before going black.

‘Miss Hendry appeared to be oblivious to his eye and claimed to be unaware that (the boy) was unable to see.’

The boy’s case had actually been closed twice before the full extent of his parent’s neglect and cruelty was exposed.

Bedrooms were found to be used as toilets and the home playing host to vermin and other unhygienic parasites.

The staircase was found dirty with trodden in food and bin bags found on steps full of soiled nappies.

MORE: Mother who was passed out drunk while toddler drowned baby brother convicted of child neglect

MORE: Nurses and doctors ‘must be jailed’ for NHS neglect

Roundup and Birth Defects: Is the Public Being Kept in the Dark?


Roundup and Birth Defects: Is the Public Being Kept in the Dark?

Roundup and Birth Defects: Is the Public Being Kept in the Dark? Earth Open Source 0sc on October 29, 2014 The pesticide industry and EU regulators knew as long ago as the 1980s-1990s that Roundup, the world’s best selling herbicide, causes birth defects—but they failed to inform the public.This report, co-authored by international scientists and researchers, reveals that industry’s own studies (including one commissioned by Monsanto) showed as long ago as the 1980s that Roundup’s active ingredient glyphosate causes birth defects in laboratory animals. – See more at: http://bullhorn.nationofchange.org/roundup_and_birth_defects#sthash.OqNsmLwa.dpuf

At 105, ‘British Schindler’ celebrated in Prague

At 105, ‘British Schindler’ celebrated in Prague.

Sir Nicholas Winton was flown on a Czech military plane to Prague, where Czech President Miloš Zeman awarded him the Order of the White Lion. Seven of the 669 children he rescued were present at Tuesday’s ceremony, which coincided with the Czechoslovak Independence Day.

A short documentary about 21st century human trafficking, the process of moving people into slavery. This is an domestic and international issue, it is estimated that approximately 27 million people are currently in some form of labor exploitation or sex slavery, due to the limited resources available in combatting this problem this estimate may just be the tip of the iceberg. Narrated and directed by Naomi Pattirane, edited at Ricardo Vilela Studios in Manchester UK.

October 29, 2014 | Categories: Uncategorized | Tags: A short documentary about 21st century human trafficking, it is estimated that approximately 27 million people, This is an domestic and international issue | Leave a comment

Childhood abuse can lead to lasting psychological problems in a person’s life, increasing the risk of depression and even suicide later in life. New research suggests that these problems may be traced back to a change in a brain gene as a direct result of the childhood abuse.

The study, led by researchers from McGill University, found that child abuse modifies a gene called NR3C1. This gene in the brain is one thought to affect a person’s ability to deal with stress. …

Twenty-seven wooden angel figures are seen placed in a wooded area beside a road near the Sandy Hook Elementary School for the victims of a school shooting in Newtown, Connecticut December 16, 2012. (Reuters/Mike Segar)

The scandal first came to public attention on 24 January 1980 after a news report in the Irish Independent titled “Sex Racket at Children’s Home”. The newspaper stated that despite allegations of abuse first surfacing in 1977 and the Royal Ulster Constabulary at Strandtown and Donegall Pass stations, Belfast, giving the Director of Public Prosecutions a report detailing allegations of boys being sexually abused and prostituted, naming prominent Northern Ireland businessmen as involved, no prosecutions had taken place. On 3 April 1980 three members of staff at the home, William McGrath, Raymond Semple and Joseph Mains, were charged with a number of offences relating to the systematic sexual abuse of children in their care over a number of years; they were all convicted. Mains, who had been the warden, was sentenced to six years’ imprisonment, Semple, an assistant warden, to…


More black babies are aborted than are born alive

(NaturalNews) In a recent column for TownHall.com,

pro-life advocate Ryan Bomberger, who is African American, detailed the hypocrisy of black politicians and, specifically, the Congressional Black Caucus, regarding African American women and abortion.

The Congressional Black Caucus Foundation 44th Annual Legislative Conference was held with Planned Parenthood’s participation to bash the recent U.S. Supreme Court “Hobby Lobby” decision, in which the high court upheld a 10th Circuit Court ruling that said the retailer, which is owned by a Christian family, does not have to pay for certain “day after” abortion treatments. BET Network co-hosted the event with Planned Parenthood, “the nation’s largest abortion chain,” which never misses “an opportunity to target the black community,” Bomberger wrote.

The pro-lifer went on to point out that the Hobby Lobby decision, contrary to claims made by pro-abortion groups, does not reduce women’s access to birth control — it only upholds a closely held company’s First Amendment rights when they have religious objections to paying for abortifacients. The case never addressed the other 16 forms of contraception.

However, Bomberger wrote, the conference had nothing to do with birth control; rather, it was “spin control with a racial twist.”

We have more access to birth control than ever before. Yet the national unintended pregnancy rate hasn’t lowered in decades. It was 49 percent in 1995 and is currently 51 percent according to the pro-abortion Guttmacher Institute. New York City, the home of Planned Parenthood, is a shining example of what Planned Parenthood has done for black women. The city has epidemic levels of STDs, rampant fatherlessness (72.3 percent), and black babies are aborted at five times the rate of the majority population. In fact, more black babies are aborted than born alive.

CNS News confirmed those figures, citing a 2012 report by the New York City Department of Health and Mental Hygiene, which found that “there were more black babies killed by abortion (31,328) in New York City than were born there (24,758),” the news service said. In sum, the African American babies killed via abortion amounted to 42.4 percent of the total figure in NYC.

This has been called “black genocide” by a number of pro-life advocates, Bomberger notes, and that includes the “once pro-life Jesse Jackson,” who has since taken a much more liberal view of the issue. Yet it’s not a term that pro-abortion activists care for, but that’s because it is accurate.

“[A]ccording to the United Nations,” Bomberger wrote, “genocide is exactly what’s happening. The UN Convention on the Prevention and Punishment of the Crime of Genocide, Article 2, states: ‘In the present Convention, genocide means any of the following acts committed with intent to destroy, in whole or in part, a national, ethnical, racial or religious group as such (a) Killing members of the group; (b) Causing serious bodily or mental harm to members of the group; (c) Deliberately inflicting on the group conditions of life calculated to bring about its physical destruction in whole or in part; (d) Imposing measure intended to prevent births within the group…’“

‘What does it feel like to be honored for helping kill 12 million human beings?’

It’s hard to argue with that definition.

What’s more, Congressional Black Caucus members are helping to perpetuate the travesty. In 2013, the caucus chair, Rep. Emanuel Cleaver, D-Missouri, was given an award by Planned Parenthood at the CBC’s annual conference, for his “tireless work on behalf of millions of women as our country has faced the most aggressive legislative attacks on women’s health and rights in a generation.”

“What does it feel like to be honored by an organization that has killed over 12 million human beings? What goes through the mind of an individual who’s shiny, yet blood-streaked, trophy celebrates the mutilation of another person?” Bomberger wrote.

Cleaver, he pointed out, once was passionately pro-life, but his stance has now been completely compromised by liberal party politics [PDF].

All content posted on this site is commentary or opinion and is protected under Free Speech. Truth Publishing LLC takes sole responsibility for all content. Truth Publishing sells no hard products and earns no money from the recommendation of products. NaturalNews.com is presented for educational and commentary purposes only and should not be construed as professional advice from any licensed practitioner. Truth Publishing assumes no responsibility for the use or misuse of this material. For the full terms of usage of this material, visit http://www.NaturalNews.com/terms.shtml

Policing Isn’t a Solution for Youth in Baltimore

F*ck Feminists Who Pimp Little Girls to Promote an Agenda

Facing a future where women are still paid 23% less than men for the same work, and where 1 in 5 women are raped or sexually assaulted in gender-based violence, little girls between 6 and 13 years-old dressed as pretty pink princesses drop F-bombs to draw attention to society’s continued sexism. Asking the question, “What’s more offensive? A little girl saying f*ck or the sexist way society treats girls and women” these adorably articulate little ladies in sparkling tiaras turn the “princess in distress” stereotype on its head and contrast the F-word with words and statistics society should find shocking such as “pay inequality” and “rape.” The video also features a 12 year-old boy wearing a pink gown standing up against sexism saying, “When you tell boys not to ‘act like a girl,’ it’s because you think it’s bad to be a girl.”

RINF Video: How an Establishment Peadophile Ring Leads to the Monarchy, MI5 & Rothschilds

It has long been alleged that the systematic abuse of children took place in the Kincora home at the hands of a paedophile ring thought to be linked to MI5.

It has also been claimed that MI5 blocked police investigations into the abuse, who reportedly used the information of child abuse to blackmail, manipulate and coerce members of the establishment who were committing the abuse.

Let’s look at the evidence.

RINF Video: How an Establishment Paedophile Ring Leads to the Monarchy, MI5 & Rothschilds

This young man lost his battle with Leukemia the other day, can he get a RT in memory?

This young man lost his battle with Leukemia the other day, can he get a RT in memory? @EBischoff @tonyschiavone24 pic.twitter.com/7HFez2HpAM 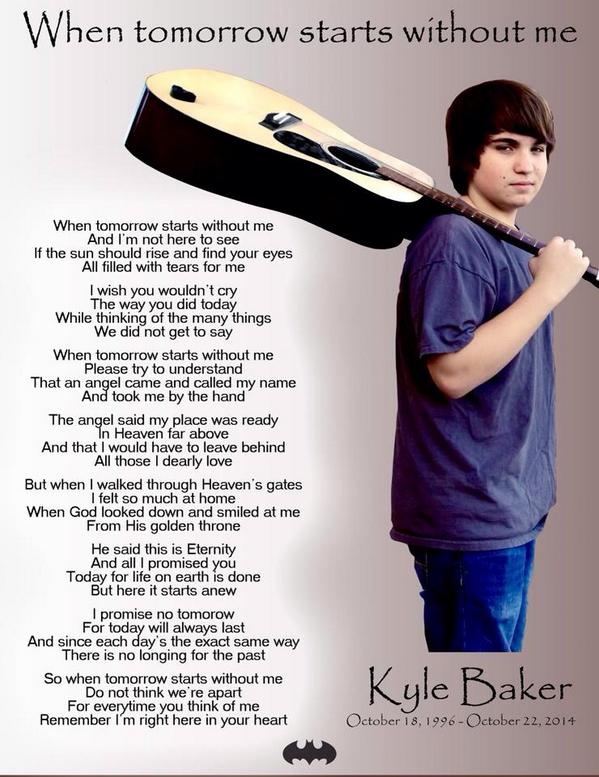 Can Homicide Be Predicted?

Can Homicide Be Predicted?.