November 30, 2014 | Categories: Uncategorized | Tags: ISOLATION IS TORTURE, personality of a childisn´t able to handle solitude, WE HAVE TO KNOW THAT WE HAVE TO EDUCATE THE HEALTHY PART OF PERSONALIY AND NOT TO USE PENALTY FOR THE SICK PARTS | Leave a comment

Morning Star :: Covering up murder by a paedophile politician

Morning Star :: Covering up murder by a paedophile politician.

…As the former head of a children’s home at the centre of the MPs’ child abuse scandal is jailed, evidence emerges that children may have been murdered by paedophile politicians. Steven Walker reports … 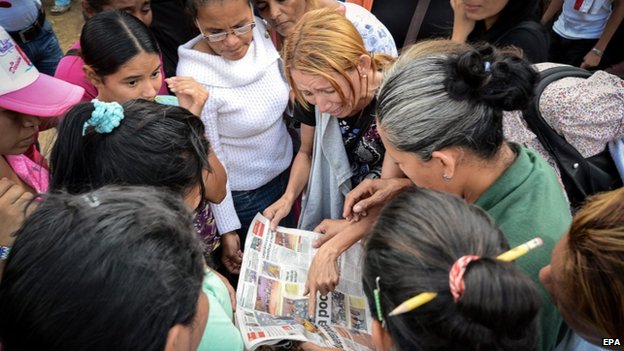 Thirty-five prisoners in north-west Venezuela have died after overdosing on the contents of a jail infirmary they stormed, a congressman says.

More than 100 others were being treated, 20 of whom were very ill, said lawmaker William Ojeda from the governing Socialist Party.

After breaking into the facility, the prisoners are reported to have consumed a variety of medicines.

They had been protesting about conditions in the jail.

Little Child, One Day Someone is Going to Hug you so tight that all of your broken Pieces will stick back together!

Some babies are as young as one day old when they arrive at Kanduyi, says welfare officer Alice Kimotho
Continue reading the main story

Baby X is sleeping quietly, wrapped in a warm blanket and held close in a motherly embrace in a Kenyan orphanage and children’s home.

But, as the name we are using for him would suggest, he is no ordinary child.

For Baby X, now one month old, was born as a result of an incestuous union.

Like many others at Kanduyi Children’s Home, in Bungoma county 400km (250 miles) west of the Kenyan capital, Nairobi, he had to be rescued from his family before he could be killed.

In Baby X’s case, just two days after his birth the security forces, acting on a tip-off, raided his home and took him away, saving him from a death sentence condoned by elders of the area’s Bukusu community.

There are others like him at Kanduyi, a clean if ageing collection of stone buildings with corrugated iron roofs – children with ages ranging from one day to 18.

‘Taboo babies’Incest is taboo in this part of Kenya as it is almost everywhere. According to Kenyan laws it is punishable by five years in prison or life imprisonment for sex with a minor.

But for centuries the traditional punishment in many Kenyan communities has been death – and among the Bukusu it is not necessarily of the man or woman involved but of the child born from the forbidden union.

We are having rampant irresponsible sexual relations”

And while it is not legal for a community to impose a death penalty – only a judge can do this – in rural areas it is part of customary laws as such babies are considered cursed.

The Bukusu call them “be luswa” meaning “taboo babies”, fearing they will bring curses such as infertility and mental problems.

“Any time we receive a report that a taboo child has been born somewhere we rush to save it – otherwise you may reach there only to be told that the baby died,” Alice Kimotho, the children’s welfare officer in charge at Kanduyi, told the BBC.

“Most of these deaths are very suspicious.”

Titus Kolil, an administrative officer at the home, says incest is “very frequent” in this part of Kenya, blaming “cultural biases”.

He does not give further details but speaks of three or four new cases each month just for Kanduyi to handle.

The nature of a taboo is such that there will be other cases about which the local authorities never hear.

“And most of these relations… are actually relationships between very close relatives, including even fathers having relations with their own children.”

Girls growing up in rural homesteads are particularly vulnerable when they reach puberty because they have to move out of the family hut to sleep in the kitchen or another building.

“We are campaigning against retrogressive values.

The records at Kanduyi Children’s Home show that Baby X’s mother is a 15-year-old, who was impregnated by her 17-year-old uncle.

The girl has since been moved to live with relatives 25km away from her home, and is now back at school, repeating the year she missed during her pregnancy.

I go to visit her at her guardian’s home.

With her aunt present, she quietly tells me what happened.

“He used to force himself on to me,” she says. “He threatened to beat me up if I leaked it to anybody.”

She says she has no love for her uncle or their baby.

“Since I begot him with my uncle I can’t love him. They say it is bad.”

Tears are now rolling down her cheeks, and she asks her aunt to help her finish her education.

The 17-year-old uncle, who did not have to relocate from his home, declines to speak to the BBC when we contact him.

‘Right to life’At a nearby shopping centre I meet some members of a Bukusu elders’ council.

One of them declines to comment on Baby X but tells me how an unborn taboo child is often killed.

“When the girl is about to deliver, they summon some women who pretend to help her deliver but instead they suffocate the baby by pressing the mother’s thighs together, killing the baby discreetly.

“They believe the baby should die for the girl to live peacefully in the community.”

Villagers in this region sometimes also kill second-born twins, as they are thought to bring bad luck. Those who want to keep their babies are forced to flee their homes.

Another elder says the practice of killing taboo children might stop if perpetrators of incest were sufficiently punished.

“The government lets rapists and those participating in incest go scot-free,” he says.

“If these criminals were arrested and punished then cases of taboo children would be eliminated.”

Mr Kokonya says proving cases of infanticide in these rural areas is difficult – so few cases are prosecuted.

But the culture minister said he wanted to remind “those old men who are sitting down and making such a decision” that they are “interfering with the basic fundamental right to life”.

At Kanduyi, as Baby X wakes up and older children play noisily outside the classrooms, it is clear that those who might have died are very much alive.

But how many born in similarly unhappy circumstances have been less fortunate?

“Here we had the poorest group in the U.S., and the most hopeless group,” he said. “These were people who were on their knees, looking to get up.”

By the time protestors surrendered, two Natives were dead and 18 were wounded. Two federal agents also were wounded. More than 500 individuals were arrested.

In the years after the occupation, things began to change. Congress took actions to preserve Native language and religion, protect sacred land and artifacts, restore rights to environmental resources and promote self-determination.

The occupation also changed everyone who was involved, McKiernan said.

Carlson returned to California, where he worked as an activist during the Klamath River Salmon War in 1978 and where he continues to be a voice of support for Native rights. McKiernan, who called the experience his “grad school in journalism,” went on to work in some of the world’s most dangerous areas, including West Africa, Syria, Iraq and El Salvador. He credits much of his success to the weeks he spent at Wounded Knee.

“From Wounded Knee I learned where the truth is,” he said. “If you want to take the temperature in America, it’s on the low road, not the high road. I learned to be interested in the stories of people who are at the very bottom.”

“Wounded Knee: A Line in the Sand” is in post-production stage and is scheduled to be released in 2015. McKiernan has launched a Kickstarter campaign to help raise the last $60,000 necessary to complete the documentary. The deadline to donate is December 8.

A child digs a foxhole during the 1973 occupation at Wounded Knee. ( (KevinMcKiernan
Read more at http://indiancountrytodaymedianetwork.com/2014/11/24/wounded-knee-line-sand-documentary-show-never-seen-footage-15 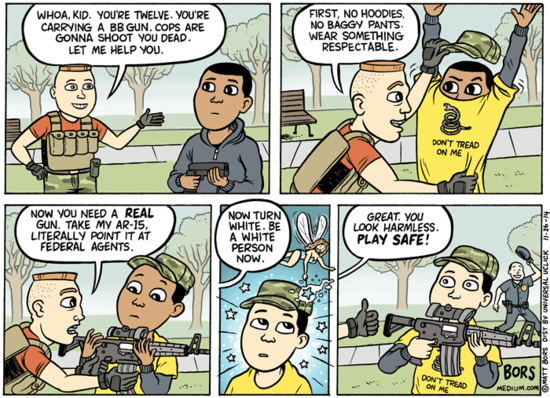