~~September 30, 2016~~ A KID AND A KAT What do you see? Who is loving who? I’m taller than you, he says. No, you’re not …. We’re almost the same. We are both just loving each other the way it should be! HortyRex© ~~GRAPHIC SOURCE~~ Facebook Timeline I do not own this image. No intention […]

Watch Video HAMILTON COUNTY, Ohio. – A school district in suburban Cincinnati has closed schools after a woman reported being attacked by a clown overnight. Reading Community City Schools decided to close after a woman in Reading was allegedly attacked on her front porch by a man dressed as a clown. During the attack the…

via School district shuts down after creepy clown attack — WREG.com

HAMILTON COUNTY, Ohio. – A school district in suburban Cincinnati has closed schools after a woman reported being attacked by a clown overnight. Reading Community City Schools decided to close after a woman in Reading was allegedly attacked on her front porch by a man dressed as a clown. During the attack the man reportedly…

Staff at the Alberta Children’s Hospital were presented with a unique and even dangerous problem. Four-year-old Ashton Leeds had something almost unheard of for a child; stage-four thyroid cancer.

CHICAGO (CBS) — A reputed member of a faction of the Gangster Disciples street gang, Khalil Yameen, has been charged in a deadly gang-related shooting that led to the execution-style murder of 9-year-old Tyshawn Lee, Cook County prosecutors said Thursday. After Yameen and another man killed Tracey Morgan and wounded Morgan’s mother in 2015, Morgan’s…

A man wanted for sexually assaulting teenage girls in the Yonge Street and Eglinton Avenue area has been charged, Toronto police announced Thursday.

A 57-year-old Toronto karate instructor has been charged after police say a nine-year-old girl was sexually assaulted during a martial arts lesson.

Last year, about 6,000 Edmontonians under the age of 18 received mental health support. That’s a 57 per cent increase from the previous year.

Today’s highlighted article was published last month, but I didn’t read it at the time and I’m guessing you didn’t either. What’s so uniquely tragic about the the intrusion of the police state into America’s schools, is it appears the parents themselves are the ones demanding it. This is in contrast to an overbearing surveillance state implemented […]

via Introducing the Military-Industrial-Elementary School Complex — THE INTERNET POST

Cole Harbour High School students and staff were forced to evacuate the school early Monday morning after a bomb threat was called in.

By Tim Graham ~ NPR comes to the news of police shootings ready and willing to feel the pain of “black and brown” people, including the children. On Weekend Edition Saturday, anchor Scott Simon launched into a commentary with the online title “For Students In Tulsa, Pain Frames Conversation About Crutcher.” Simon shared a viral […]

PHILADELPHIA, PA (CBS) — The Port Richmond community held a block party on Sunday for a little girl just diagnosed with stage three cancer, to raise money and pray for a miracle. Families, friends and complete strangers came out to support 7-year-old, Philomena Stendardo, who has been diagnosed with an inoperable brain tumor. The prayer…

SYRIA: Children will pray to implore the end of massacres of children (Join the Event) — VOICE OF THE PERSECUTED

Voice of the Persecuted asks that you will participate, share with many and take this appeal seriously as if you or your own family were suffering. It is time for the Body of Christ stand up, speak out and unite against all evil in this world. Jesus said that he who is in us is greater than he who […]

via SYRIA: Children will pray to implore the end of massacres of children (Join the Event) — VOICE OF THE PERSECUTED

In Rapper TI New Video He shows what it would be like if whites had to face getting killed by Police.

Muslim pupils must shake hands – ‘no ifs and buts’ The Local.ch

Source: Muslim pupils must shake hands – ‘no ifs and buts’ The Local.ch

Muslim pupils must shake hands – ‘no ifs and buts’ The Local.ch

Muslim pupils must shake hands – ‘no ifs and buts’

school in the canton of Basel-Country has rejected the appeal of a Muslim schoolboy who refused to shake hands with his female teachers for religious reasons.

The boy was one of two teenage brothers at a high school in Therwil who caused a nationwide furore earlier this year when they said shaking hands with female teachers went against their religion, which forbids physical contact with a member of the opposite sex who isn’t family.

In an attempt to find a compromise but avoid discrimination against women, the school initially agreed to exempt the boys from shaking hands with all teachers, regardless of gender.

However the situation subsequently triggered outrage across Switzerland because it was seen as an affront to an intrinsic part of Swiss culture – shaking hands with teachers is a common custom in Swiss schools.

The canton’s education authorities then intervened and ruled that the boys must shake their teachers’ hands or face disciplinary measures, as well as a fine (issued to their parents) of up to 5,000 francs.

The disciplinary measures could take the form of an oral warning or debate with parents, and would aim to educate pupils on the subject, they said.

At the time the canton’s education department said: “The public interest with respect to equality between men and women and the integration of foreigners significantly outweighs the freedom of conscience (freedom of religion) of the students.”

Refusing to shake hands on religious grounds would be to involve others in a “religious act” and is therefore different from the wearing of a headscarf or refusing to take part in swimming lessons, it said.

According to Blick the older brother left the school at the end of the last academic year in June, however the younger boy, now 15, started this school year once more refusing to shake his female teachers’ hands.

Last week the school board rejected a complaint lodged by his parents over the disciplinary measures taken against their son, saying it was the teachers’ right to demand a handshake, cantonal authorities said on Monday.

The school’s decision was welcomed by Monica Gschwind, head of Basel-Country’s education department, who said in a statement that shaking hands with teachers is “deeply rooted in our society and culture”.

The parents can now lodge a further appeal to the canton’s education authorities, but Gschwind said she would lobby the cantonal government to support the school board’s decision. 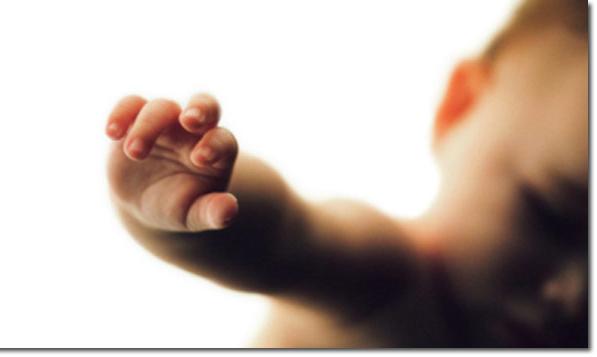 “There no longer is any doubt about the possible known risks associated with psychiatric drugs, nor is there any doubt, based on the number of warnings issued on the drugs, that in the case of our nation’s youngest citizens, there is no proof that the drugs are either safe or effective.”

The data, as reported by IMS Health, the largest and most credible source of prescribing data in the United States, is staggering: 274,804 babies, 370,778 toddlers and 500,948 preschoolers have been prescribed psychiatric drugs so powerful that they carry 386 international drug regulatory warnings. In total, the number of 0-5 year olds prescribed dangerous and life-threatening drugs psychiatric drugs is 1,080,168, all before most have ever entered kindergarten.

Most of us probably don’t even remember learning the alphabet. At most, you might recall the tune of the song and how you used to run certain letters together, singing, “H, I, J, K, lemon O P.” But everyone has to start somewhere. This little guy doesn’t seem to like learning his letters. Though he’s…

For ripples of healing...

Towards a Progressive Campus Press

Follow Dolly_World for the real truth in national and world politics.

A Forensic Profiler Explains the World

In response to Tory Gov's complete indifference to the opinion of the electorate.

A Publication of Madison-Area Democratic Socialists of America

Web Investigator.KK. org... is one web investigative resource for searching thousands of online sources, and public databases. This blog will change your life!

Reflections of a spiritual being having a human experience

Turtle Talk
Breaking In The Habit

Reflections of a Friar in Training