Ontario is promising $24 million in increased supports for adoptive families, including a new grant program to help cover the costs of college or university for adopted children.

The United Nations Security Council has condemned in the “ terms” an attack yesterday on the Embassy of the Russian Federation in Syria’s capital Damascus as well as the widely reported recent attacks on schools in the country, according to separate statements issued late yesterday.

Police were searching for clues in the deaths of twin brothers who were gunned down in the Old Town neighborhood early Sunday.

Syria´s victims: children | watching this video you´ll pray: STOP IT! END THE WAR! childreninshadow.wordpress.com – childreninwar.wordpress.com Pls. don´t share this Picture so “by the way” … respect the dignity of this Little victim of a horror-war against children – thank you!

Syria´s victims: children | watching this video you´ll pray: STOP IT! END THE WAR! childreninshadow.wordpress.com – childreninwar.wordpress.com  Pls. don´t share this Picture so “by the way” … respect the dignity of this Little victim of a horror-war against children – thank you!

BBC targets children to promote the transgender propaganda — Fellowship of the Minds | childreninshadow.wordpress.com

From Daily Mail: The BBC has been accused of acting recklessly after targeting children as young as six with a programme about a schoolboy who takes sex-change drugs. Parents are angry that the show, available on the CBBC website, features a transgender storyline inappropriate for their children. And concerned campaigners said it could ‘sow the […]

CHINA: Amazing neighbour climbed up a building with his bare hands to rescue a child hanging from a third story window in miraculous rescue after parents weren’t at home – @AceNewsServices — Ace News Services

#AceNewsReport – Oct.30: Man climbs building to save child hanging from window // WWLP.com The miraculous rescue happened Thursday, October 27th. A two-year-old boy fell out of the window at his home, got his head stuck between the window’s security bars and was dangling in the air. His parents weren’t home at the time. A […]

via CHINA: Amazing neighbour climbed up a building with his bare hands to rescue a child hanging from a third story window in miraculous rescue after parents weren’t at home – @AceNewsServices — Ace News Services

Why Are Cancer Cases in Children on the Rise in the U.K.? childreninshadow.wordpress.com

Why Are Cancer Cases in Children on the Rise in the U.K.?

Over the past 16 years, the number of children diagnosed with cancer in the U.K. has shot up 40%, a new study shows; and experts are warning of a cancer “epidemic.”

The study comes from researchers at Bristol University in the U.K., where many children spend less time outdoors than U.S. prison inmates, opting instead to stay inside and play video games or use tablets and smartphones.

“When you look at cancers such as childhood leukemia there is no doubt that environmental factors are playing a big role. We were shocked to see the figures, and it’s modern lifestyle I’m afraid.”

In the United Kingdom, over 4,000 children and young people are diagnosed with cancer each year. In children aged1 to 14, cancer is the leading cause of death. [1]

The increase in cancer diagnoses among children and young people since 1998 is alarming. The number of thyroid cases has doubled; and diagnoses of other cancers have likewise increased – colon cancer, 200%; ovarian cancer, 70%; and cervical cancer, 50%. [1]

“We are losing the battle against childhood cancer.

It is so many lives lost, so many futures unfulfilled, so many devastated families – families debilitated, parents forced to give up work, live in hospital, young siblings stressed. At times I feel overwhelmed.

It is an epidemic. Up to age 14 we do see much better five-year survival rates, but with most types of cancer 50 per cent of children will die within several years. More children are dying.

Quite often cancer can leave survivors with impacted fertility and mental ability because of the caustic nature of treatment. And there is a significantly higher risk of developing an adult cancer in their forties or fifties.” [3]

The Face of the Enemy

The very things that have made the 21st Century such a convenient and innovative period of history are sickening children and prematurely ending their lives.

As The Telegraph reports, the experts behind the research blame many factors of modern life:

“Among these are obesity, pesticides and solvents inhaled during pregnancy, circadian rhythm disruption through too much bright light at night, radiation from x-rays and CT scans, smoking during and after pregnancy, magnetic fields from power lines, gadgets in homes, and potentially, radiation from mobile phones.” [1]

Philips said he believes that 7 out of 10 cancer cases in children and young people could be due to lifestyle, adding:

“Scientists have found 287 man-made chemicals in an examination of fetus cord blood. They are not all carcinogenic of course, but some are and many have not been tested. Only about five% of cancers are caused by hereditary factors. We must push for this message to be more available at doctors, in schools.”

“Many items on the list of environmental causes are now known to be carcinogenic, such as air pollution and pesticides and solvents. There has been good research to suggest a mother’s diet can damage DNA in cord blood. Light at night we know is very disruptive for the body, which is why shift workers have such bad health.

Burnt barbecues, the electric fields of power lines, the electricity supply in your home. Hairdryers. It’s all of these things coming together, and it seems to be teenagers and young people that are most affected.

What’s worrying is it is very hard to avoid a lot of these things. How can you avoid air pollution? It sometimes feels like we are fighting a losing battle.”

How to Turn the Tide

Simple changes such as letting children attend preschool to boost their immune system, not painting children’s rooms with oil-based paints, and avoiding processed meats during pregnancy could have a positive and lasting impact on the number of youngsters who get a devastating diagnosis. [1]

The researchers also recommended that adults avoid shift work, but people don’t always have a choice in the hours they work.

People can also turn to natural cleaners on the market, or create their own.

Read: How to Clean the Whole House with 6 Inexpensive Items and NO Nasty Chemicals

“Evidence has shown that there are lots of things adults can do to reduce cancer risk and it’s always a good idea to set up healthy habits as a family, like eating healthily, being active and enjoying the sun safely.”

ESTHER RANTZEN: She has links to LOTS of paedo. But it’s ok, she’s here to help Scottish kids….. — corporatepoliticalcriminalcorruption 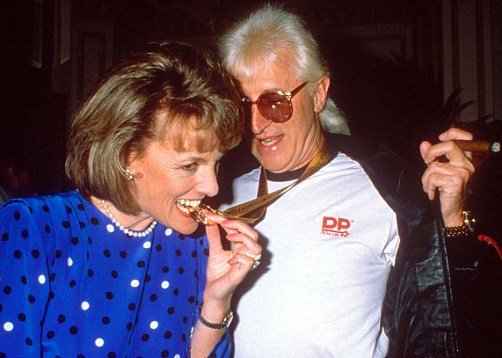 Originally posted on WHERE IS THE OUTRAGE??: ?CHILDLINE HELP APPEAL ISSUED BY DAME ESTHER RANTZEN? 27th Oct 2016 Dame Esther Rantzen has urged more people to volunteer for Childline as the service she founded marks its 30th anniversary. She made the call as she visited the charity’s Glasgow base, which has handled 640,799 counselling sessions…

via ESTHER RANTZEN: She has links to LOTS of paedo. But it’s ok, she’s here to help Scottish kids….. — corporatepoliticalcriminalcorruption

Inertia and hollow words that have betrayed the children of Calais