NEW YORK — Two New York City Police detectives have been indicted for allegedly raping a teenager in a police van in Coney Island last month after handcuffing her and placing her under arrest, acting Brooklyn District Attorney Eric Gonzalez said Monday. According to police, on Sept. 15th, around 7:30 p.m., Detective Eddie Martins, 37,…

KESHENA, Wis. (WLUK) — Menominee Tribal Police say a parent on the reservation discovered a bag of crystal meth in a child’s Halloween candy Monday morning. Police say the parent found a small Ziploc baggy containing a crystalline powder. Police say tests revealed the powder was meth. The children had been trick-or-treating in the Keshena…

MODESTO (CBS SF/AP) — A 5-year-old was killed and a 6-year-old boy wounded in weekend drive-by shooting in a Modesto neighborhood, authorities said. The Modesto Bee reported the boys appeared to have been among a group of people standing outside a home Saturday night when gunfire erupted. Modesto Police spokeswoman Heather Graves said authorities performed…

How brain cans can tackle the stigma behind mental illness: Parents and their children are not to blame for their illness. Children with emotional and behavioral problems continue to suffer considerable stigma.

How brain cans can tackle the stigma behind mental illness
New techniques may soon be able to identify children at increased genetic risk for psychiatric illnesses.
Image: REUTERS/Kim Kyung-Hoon NOT AVAILABLE!
This article is published in collaboration with
The Conversation
25 Oct 2017
David Rosenberg
Professor, Psychiatry and Neuroscience, Wayne State University

As a psychiatrist, I find that one of the hardest parts of my job is telling
Parents and their children that they are not to blame for their illness.
Children with emotional and behavioral problems continue to
suffer considerable stigma.
Many in the medical community refer to them as “diagnostic and  therapeutic orphans.”
Unfortunately, for many, access to high-quality mental health care remains elusive.

An accurate diagnosis is the best way to tell whether or not someone will respond well to treatment, though that can be far more complicated than it sounds.
I have written three textbooks about using medication in children and adolescents with emotional and behavioral problems. I know that this is never a decision to take lightly.
But there’s reason for hope. While not medically able to diagnose any psychiatric condition, dramatic advances in brain imaging, genetics and other technologies are helping us objectively identify mental illness.
Knowing the signs of sadness
All of us experience occasional sadness and anxiety, but persistent problems may be a sign of a deeper issue. Ongoing issues with sleeping, eating, weight, school and pathologic self-doubt may be signs of depression, anxiety or obsessive-compulsive disorder.

Separating out normal behavior from problematic behavior can be challenging. Emotional and behavior problems can also vary with age. For example, depression in pre-adolescent children occurs equally in boys and girls. During adolescence, however, depression rates increase much more dramatically in girls than in boys.

It can be very hard for people to accept that they – or their family member – are not to blame for their mental illness. That’s partly because there are no current objective markers of psychiatric illness, making it difficult to pin down. Imagine diagnosing and treating cancer based on history alone. Inconceivable! But that is exactly what mental health professionals do every day. This can make it harder for parents and their children to accept that they don’t have control over the situation.
Fortunately, there are now excellent online tools that can help parents and their children screen for common mental health issues such as depression, anxiety, panic disorder and more.
Most important of all is making sure your child is assessed by a licensed mental health professional experienced in diagnosing and treating children. This is particularly important when medications that affect the child’s brain are being considered.
Seeing the problem
Thanks to recent developments in genetics, neuroimaging and the science of mental health, it’s becoming easier to characterize patients. New technologies may also make it easier to predict who is more likely to respond to a particular treatment or experience side effects from medication.

Our laboratory has used brain MRI studies to help unlock the underlying anatomy, chemistry and physiology underlying OCD. This repetitive, ritualistic illness – while sometimes used among laypeople to describe someone who is uptight – is actually a serious and often devastating behavioral illness that can paralyze children and their families.
Image: The Conversation
Through sophisticated, high-field brain imaging techniques – such as fMRI and magnetic resonance spectroscopy – that have become available recently,
we can actually measure the child brain to see malfunctioning areas.

We have found, for example, that children 8 to 19 years old with OCD never get the “all clear signal” from a part of the brain called the anterior cingulate cortex. This signal is essential to feeling safe and secure. That’s why, for example, people with OCD may continue checking that the door is locked or repeatedly wash their hands. They have striking brain abnormalities that appear to normalize with effective treatment.
We have also begun a pilot study with a pair of identical twins. One has OCD and the other does not. We found brain abnormalities in the affected twin, but not in the unaffected twin. Further study is clearly warranted, but the results fit the pattern we have found in larger studies of children with OCD before and after treatment as compared to children without OCD.
Exciting brain MRI and genetic findings are also being reported in childhood depression, non-OCD anxiety, bipolar disorder, ADHD and schizophrenia, among others.

Meanwhile, the field of psychiatry continues to grow. For example, new techniques may soon be able to identify children at increased genetic risk for psychiatric illnesses such as bipolar disorder and schizophrenia.

New, more sophisticated brain imaging and genetics technology actually allows doctors and scientists to see what is going on in a child’s brain and genes. For example, by using MRI, our laboratory discovered that the brain chemical glutamate, which serves as the brain’s “light switch,” plays a critical role in childhood OCD.
What a scan means
When I show families their child’s MRI brain scans, they often tell me they are relieved and reassured to “be able to see it.”

Children with mental illness continue to face enormous stigma. Often when they are hospitalized, families are frightened that others may find out. They may hesitate to let schools, employers or coaches know about a child’s mental illness. They often fear that other parents will not want to let their children spend too much time with a child who has been labeled mentally ill. Terms like “psycho” or “going mental” remain part of our everyday language.
The example I like to give is epilepsy. Epilepsy once had all the stigma that mental illness today has. In the Middle Ages, one was considered to be possessed by the devil. Then, more advanced thinking said that people with epilepsy were crazy. Who else would shake all over their body or urinate and defecate on themselves but a crazy person? Many patients with epilepsy were locked in lunatic asylums.

Then in 1924, psychiatrist Hans Berger discovered something called the electroencephalogram (EEG). This showed that epilepsy was caused by electrical abnormalities in the brain. The specific location of these abnormalities dictated not only the diagnosis but the appropriate treatment.

That is the goal of modern biological psychiatry: to unlock the mysteries of the brain’s chemistry, physiology and structure. This can help better diagnose and precisely treat childhood onset mental illness. Knowledge heals, informs and defeats ignorance and stigma every time.
:::https://www.weforum.org/agenda/2017/10/how-brain-scans-can-tackle-the-stigma-behind-mental-illness?
Please rescpect them in their own dramatic life!

October 29, 2017 | Categories: Uncategorized | Tags: Parents and their children are not to blame for their illness. Children with emotional and behavioral problems continue to suffer considerable stigma. | Leave a comment

Delrawn Small, 37-years old, worked as a maintenance engineer at a Chelsea supermarket. He was raising three children and two stepchildren. On July 4, 2016, Delrawn was in his car with his family when he was allegedly cut-off in traffic by Wayne Isaacs, who had just left his shift as a New York police officer. […]

Why aren’t more Kids with Sickle Cell Disease getting this Test?

Why aren’t more kids with sickle Cell Disease getting this Test?

Credit: Sarah Pack
Hematologist and researcher Julie Kanter says as few as 30 percent of children across the country with sickle cell disease are getting a simple test that could keep them from having a stroke. She wants to bring that more in line with the MUSC Health rate of around 85 percent.
So Kanter and two other researchers at the Medical University of South Carolina are leading a national, 28-site study, looking at what keeps some children from getting transcranial Doppler exams…. 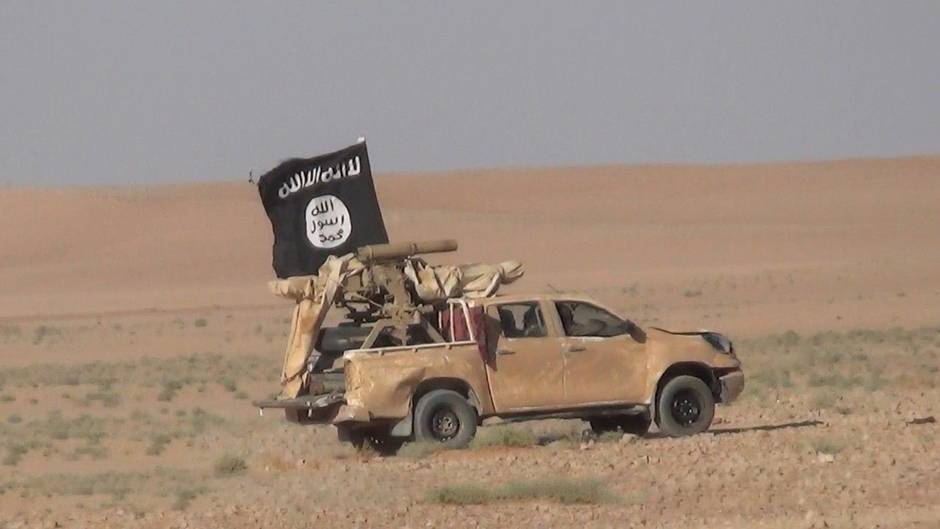 In what will likely turn into the largest pedophile bombshell in recent history, Sir Edward Heath, the former Prime Minister of the United Kingdom has reportedly been accused by the police chief as being a pedophile. His vile crimes against children were allegedly ‘covered up by the establishment.’
More than 30 people have now come forward with claims of sexual abuse by the former leader of the Conservative Party and PM. Police investigators told the Daily Mail that the victims all gave ‘strikingly similar’ accounts of the sexual abuse and none of the individuals were known to each other.
On Sunday, the Daily Mail revealed that the police chief investigating the Heath case said the allegations against him are ‘120 per cent’ genuine.
The original investigation began last year as Heath’s alleged victims began coming forward. Disgraced DJ Jimmy Savile’s nephew alleges his friend was sexually abused by former Prime Minister at parties in the 1970s…..http://thefreethoughtproject.com/breaking-fmr-uk-prime-minister-heath-pedophilia/