“An Evil, So Great, America May Never Recover” Michael Snyder

An Evil So Great America May Never Recover

Approximately 800,000 children go missing in the United States every year, and many of them end up in the hands of sex traffickers. After you read what I have to share with you, I guarantee you will start watching your children much more carefully when they are in public. Earlier today, I received an email from one of my readers encouraging me to check out John W. Whitehead’s latest article. So I did, and I was absolutely horrified by what I learned.

In America today, authorities believe that the number of under-age sex workers is somewhere between 100,000 and 150,000. Those children are purchased millions of times a year, and it has become a $9.5 billion industry. Every major city in the U.S. has a problem with child slavery, but there are certain areas (such as Washington, D.C.) that have become central hubs. This is a major national crisis, and yet for some reason, very few members of Congress are making this issue a priority.

Lately, I have been writing a lot about how America has become a completely lawless nation, and this is a perfect example. According to Whitehead, some of the children being bought and sold are as young as 9 years old:

Children, young girls—some as young as 9 years old—are being bought and sold for sex in America. The average age for a young woman being sold for sex is now 13 years old.

This is America’s dirty little secret.

Sex trafficking—especially when it comes to the buying and selling of young girls—has become big business in America, the fastest growing business in organized crime and the second most-lucrative commodity traded illegally after drugs and guns.

As investigative journalist Amy Fine Collins notes, “It’s become more lucrative and much safer to sell malleable teens than drugs or guns. A pound of heroin or an AK-47 can be retailed once, but a young girl can be sold 10 to 15 times a day—and a ‘righteous’ pimp confiscates 100 percent of her earnings.”

With all of the law enforcement resources at our disposal, our nation could destroy this industry if it really wanted to do so.

In his article, Whitehead says a single child “might be raped by 6,000 men during a five-year period of servitude.”

And since there are at least 100,000 child slaves in the United States today, we are talking about potentially millions of men committing acts of evil so horrific that they should immediately be given the death penalty.

Once a nation has fallen this low, how can it ever recover?

In one federal case, a child slave testified that “she was forced to have sex with as many as 20 men a night”:

As David McSwane recounts in a chilling piece for the Herald-Tribune: “In Oakland Park, an industrial Fort Lauderdale suburb, federal agents in 2011 encountered a brothel operated by a married couple. Inside ‘The Boom Boom Room,’ as it was known, customers paid a fee and were given a condom and a timer and left alone with one of the brothel’s eight teenagers, children as young as 13. A 16-year-old foster child testified that he acted as security, while a 17-year-old girl told a federal judge she was forced to have sex with as many as 20 men a night.”

This sort of evil is taking place every night in America, and it should be eradicated.

But our national leaders don’t seem too interested in making that happen.

Every single day, young girls are being abducted and forced into slavery. They are sold to men for as little as $25, and their pimps make up to $200,000 per child every year.

Of course, many of the children forced into such a lifestyle don’t live very long. According to Whitehead, the average life expectancy for these victims is just seven years:

Those being sold for sex have an average life expectancy of seven years, and those years are a living nightmare of endless rape, forced drugging, humiliation, degradation, threats, disease, pregnancies, abortions, miscarriages, torture, pain, and always the constant fear of being killed or, worse, having those you love hurt or killed.

Stopping this horror should be right at the top of the list of our national priorities, and yet I rarely hear any politician even mention this crisis.

And even if we put an end to all sex trafficking, we would still have a massive national child abuse problem to deal with.

The following numbers come from the National Center for Victims of Crime:

We have now raised several generations of Americans that have absolutely no moral foundation, and so we shouldn’t be surprised that evil is multiplying all around us.

If America is going to have any sort of a positive future, we must turn from lawlessness, but instead, our nation continues to run away from God very rapidly.

It has gotten so bad that top political leaders such as Barack Obama and Hillary Clinton really struggle to even say the word “Christian.”

A political solution is not going to solve the problems that I have talked about in this article. What we really need is a spiritual revolution, and we need it as soon as possible.

Listen below to podcast interviews with trafficking survivors.

via The Essence of Evil: Sex with Children Has Become Big Business in America — John W. Whitehead, Constitutional Attorney

via The Essence of Evil: Sex with Children Has Become Big Business in America — John W. Whitehead, Constitutional Attorney 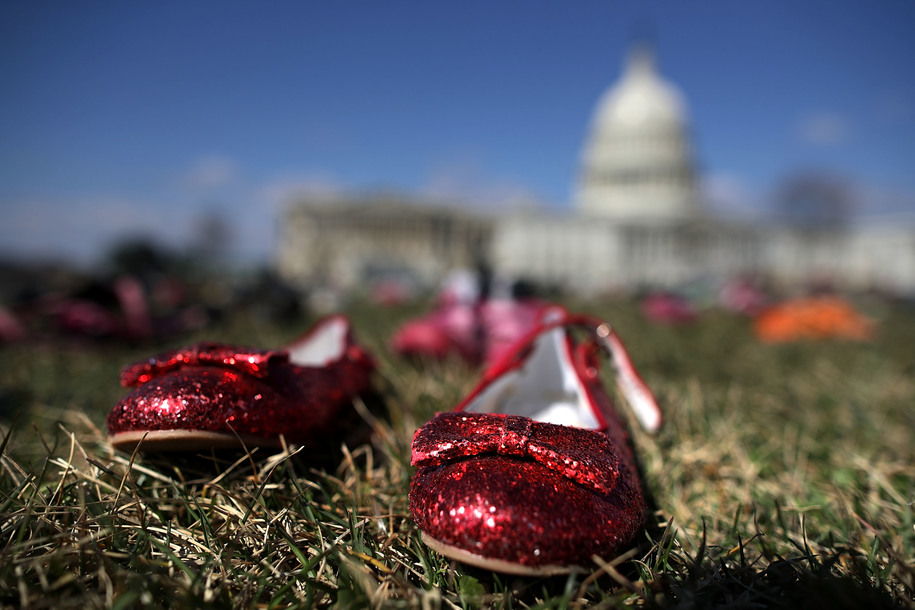 Bristol County, MA – Family Court Judge Katherine Field denied a motion to stop the use of electric shock on disabled students, a form of punishment that has been controversial for years after news of the practice first reached the public in 2013 when video surfaced of an 18-year-old student receiving dozens of shocks for refusing to take off his jacket.

“(The state) failed to demonstrate that there is now a professional consensus that the Level III aversive treatment used at JRC does not conform to the accepted standard of care for treating individuals with intellectual and developmental disabilities,” Judge Field wrote in her decision.

The facility in question is the Judge Rotenberg Educational Center (JRC), a special needs day and residential school in Canton, and it is the only school in the country that still uses electric shocks on its students. Records show that at least 58 students at the school have received shocks as of August 2017.

Despite the obvious ethical concerns with this practice, there is a cult-like support among the staff and even some parents for what they call “aversive treatment.”

A statement from the JRC Parents Group reads:

As parents whose children attend and received treatment at the Judge Rotenberg Educational Center (JRC) we welcome the court’s ruling and repudiation of Massachusetts government officials at the Department of Developmental Service (DDS), who acted in bad faith and impermissibly made treatment decisions for JRC Clients—our children, just as officials within the agency had done in the 1980s and 1990s.

However, the students being subjected to this abuse obviously disagree, and there are several former staff members who are now speaking out against the use of electric shock.

Whistleblower Greg Miller, who taught at the facility from 2003-2006, told MassLive.com that he truly believed that this barbaric therapy was saving lives….


I´LL REBLOG THIS VIDEO ON CHILDRENINPRISON, here on WordPress – CHILDREN OFTEN MAKE HORRIBLE CHOicES FOR  THEIR LIFES – LANDING IN PRISON AND DRUGHELLS – PRISON SHOULD RECOGNIZE, THAT CHILDREN, ABUSED, CANNOT CHOOSE A LIFE IN LIGHT – FROM ALONE! PRISON MAKE THIS FATAL DIRECTION ONLY WORSE:

MOST GRUESOME ACT, TOTALLY UNNESSARY PAIN, ON A LITTLE GIRL –

CENTREVILLE, Ill. (CBS Local) — A group of nurses at an Illinois hospital bonded a father out of jail after he was arrested for several traffic violations while rushing his daughter to the emergency room. Darius Hinkle admitted he does not have a valid driver’s license and said he was speeding on the way to…

The number of children and teens in the United States who visited emergency rooms for suicidal thoughts and suicide attempts doubled between 2007 and 2015, according to a new analysis. Researchers used publicly available data from the National Hospital Ambulatory Medical Care Survey, administered by the US Centers for Disease Control and Prevention every year.…

The number of children and teens in the United States who visited emergency rooms for suicidal thoughts and suicide attempts doubled between 2007 and 2015, according to a new analysis. Researchers used publicly available data from the National Hospital Ambulatory Medical Care Survey, administered by the US Centers for Disease Control and Prevention every year.… 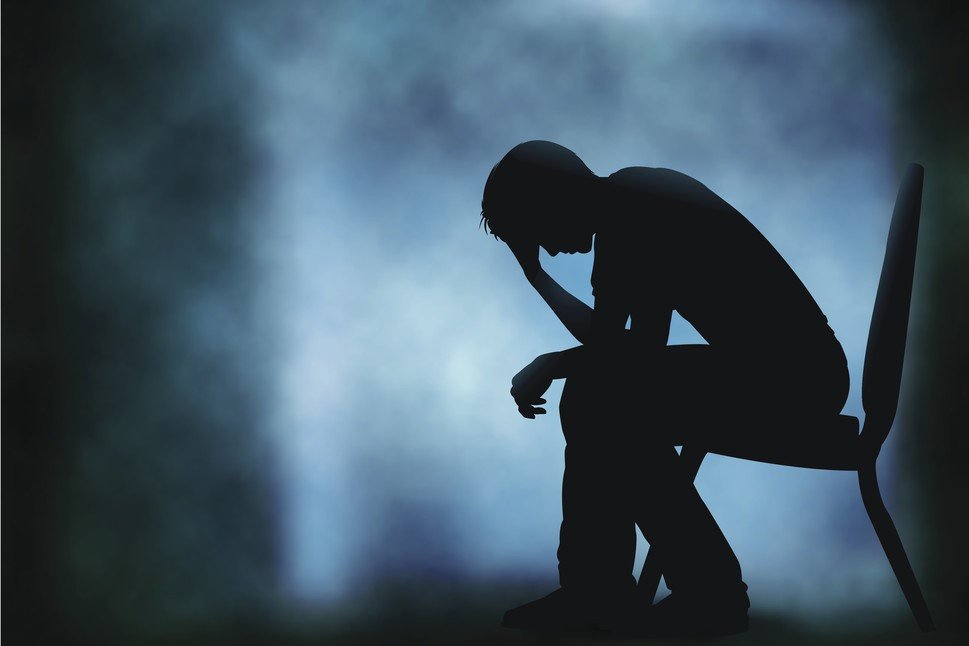 Well, these are the last chapters of Adamant. I am combining them because in the last chapter Lisa Bevere shares a poem that inspired the topic of the book, therefore, I am only going to share a few quotes from that chapter! I am so thankful to all of you who have been coming to […] […]

For ripples of healing...

Towards a Progressive Campus Press

Follow Dolly_World for the real truth in national and world politics.

A Forensic Profiler Explains the World

In response to Tory Gov's complete indifference to the opinion of the electorate.

A Publication of Madison-Area Democratic Socialists of America

Web Investigator.KK. org... is one web investigative resource for searching thousands of online sources, and public databases. This blog will change your life!

Reflections of a spiritual being having a human experience

Turtle Talk
Breaking In The Habit

Reflections of a Friar in Training