THE NUMBER ONE TOOL OF AN ABUSER

School Resource Officer Placed on Leave After Video Surfaces of 11-Year-Old Being Dragged, Body Slammed yesterday I twittered this crime to all my contacts

School resource officers are hired to help provide a safe learning environment in schools throughout the country, not drag and body slam 11-year-old students like this

As a result, CNN reports that authorities are investigating the assault captured by surveillance video at Vance County Middle School in Vance County, N.C. The officer’s name has not been released and he’s been placed on paid leave pending the investigation.

In the deeply disturbing video, the officer is seen grabbing and slamming the child to the ground twice before yanking him to his feet and continuing to walk down the hall. According to CNN, the Sheriff’s Office was notified minutes after the Dec. 12. incident.
“We went over and when we first saw the video, we were stunned, we were shocked,” Sheriff Curtis Brame told CBS 17. “We all are parents and grandparents that have children at that same age, so it brought some great concern to us.”

Vance County District Attorney Mike Waters made it clear that the child’s injuries could directly impact the severity of the charges filed against the officer.
“When the collection of evidence is over, whether it’s sometime early next week, or sometime thereafter, we will promptly make a decision about what is appropriate to do in this case,” Waters said.
On Friday, Vance County Schools released a statement addressing the matter.
“We are deeply concerned by the actions that took place. School and district officials are working closely and in full cooperation with the local authorities to address this matter consistent with school board policy and state laws,” the statement read. “The safety of our students has been and continues to be of the utmost importance to our district.”
Sheriff Brame says he handed the investigation to the State Bureau of Investigation after reviewing the video, which had no audio.
The child is currently recovering at home.


PLEASE NOTE: HERE IS A PERSON LURING AFTER EACH REPORT I AM BLOGGING HERE – I AM PRAYING THAT THIS PERSON CANNOT ENTER THIS BLOG FOR SATISFYING HIS PERVERSIONS!

I STUDIED ON A CATHOLIC UNIVERSITY – I DO NOT HATE CHURCH: BUT I FOUND JESUS CHRIST; THE LIVING GOD AND HIS HOLY SPIRIT – IN HIS POWER I CAN INFORM ABOUT HORRIBLE PEDOPHILY FROM OFFICIAL PRIESTS IN CATHOLIC CHURCH   MISERICORDIA

Secret internal documents reveal how church officials have protected priests accused of pedophilia by moving them from country-to-country, sometimes as far away as to Africa. They call it ‘the geographical solution’. Even Pope Francis is implicated. When he was bishop of Buenos Aires, he tried to influence the Argentinean justice system in order to protect a convicted priest.

From Cameroon to Argentina, America to France and Italy, this investigation traces the transfers of pedophile priests.

Child abuse in the Catholic Church was long a taboo subject, kept under wraps by senior church dignitaries. But in the pursuit of justice, the Church’s inactivity eventually prompted the victims of child abuse to take matters into their own hands.

“For too long the Church has denied, ignored and hushed up abuse. The victims are entitled to justice.” In September 2018, Cardinal Reinhard Marx, head of the German Bishops’ Conference, uttered these words and apologized to all victims of sexual abuse by Catholic officials in Germany. But Matthias Katsch, one of the most prominent representatives of victims in Germany, maintains that the Church’s handling of abuse remains problematic even now. A former pupil at the private Canisius-Kolleg school and spokesperson for the “Squared Table” victims’ initiative uncovered the abuse scandal in the Catholic Church in Germany in 2010. For over thirty years, his abusers’ crimes had stayed covered up. Then, Matthias Katsch and his former classmates broke the silence when they turned to the public with accusations against their former teachers – Jesuit priests Peter R. and Wolfgang S. And what happened next? Not much, it seems. Both men were spotted in Chile after 2010. Impatient with the lack of progress, Matthias Katsch took matters into his own hands and set out to Chile to find the abusers – and their next victims. Filmmaker Eva Müller went with him.

The Government Has Taken At Least 1,100 Children From Their Parents Since Family Separations Officially Ended 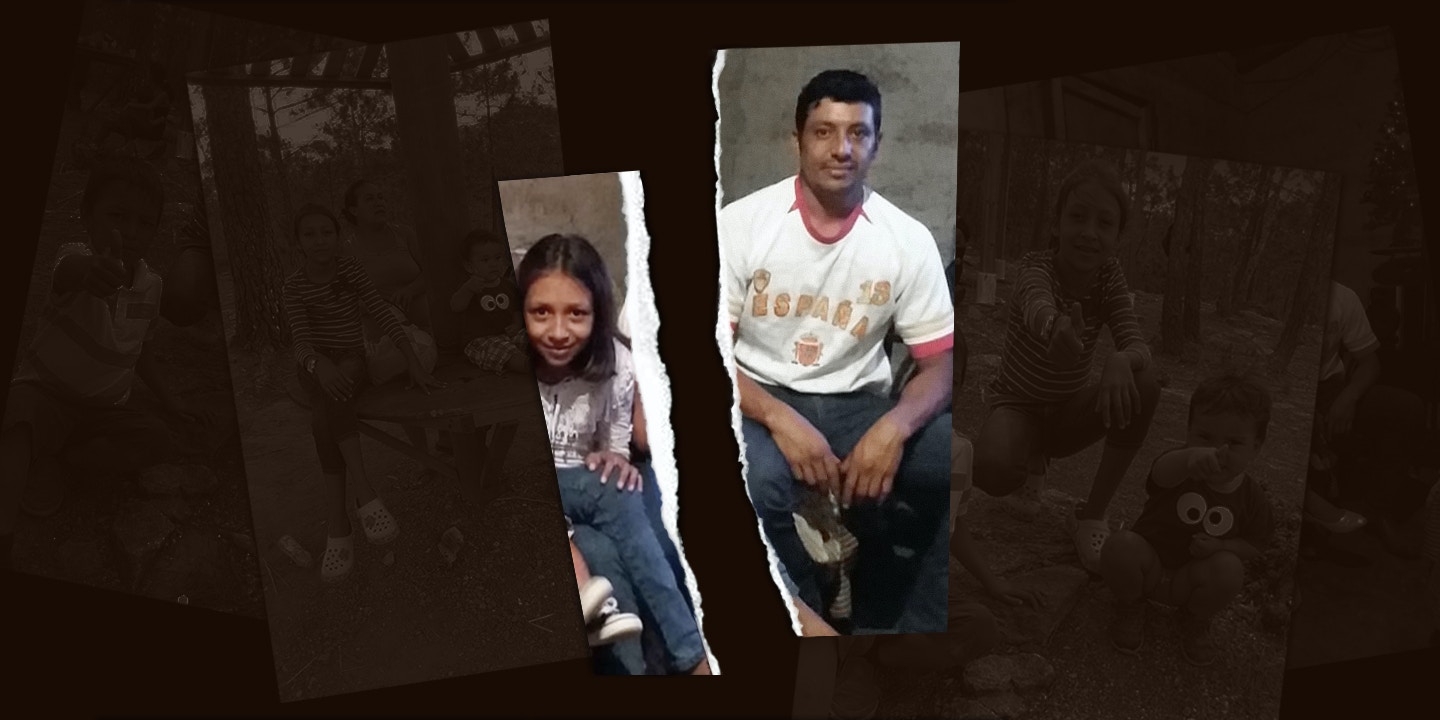 Millions read or listen to The Intercept’s reporting — but fewer than 1% donate to make it possible. $400K is still needed by December 31.
STAND WITH THE INTERCEPT

The Government Has Taken At Least 1,100 Children From Their Parents Since Family Separations Officially Ended

“You can’t imagine the pain,” Dennis said. “If you’re not a dad, you don’t know what it’s like.” I reached Dennis by phone in a small town in the Copán Department of Honduras, where he lives with his wife and three children. For five months this year, the family was fractured across borders. Sonia, age 11, had been separated from Dennis after they crossed into the United States and turned themselves in to the Border Patrol to ask for asylum. Dennis was deported from Texas, and Sonia sent to a shelter in New York.

The U.S. government is still taking children from their parents after they cross the border. Since the supposed end of family separation — in the summer of 2018, after a federal judge’s injunction and President Donald Trump’s executive order reversing the deeply controversial policy — more than 1,100 children have been taken from their parents, according to the government’s own data. There may be more, since that data has been plagued by bad record keeping and inconsistencies. The government alleges that separations now only happen when a parent has a criminal history or is unfit to care for a child, but an ongoing lawsuit by the American Civil Liberties Union argues that the current policy still violates the rights of children and families. Border Patrol agents, untrained in child welfare, make decisions that some parents are unfit to stay with their children based solely on brief interactions with them while they are held in custody.

Dennis picks coffee during the harvest season and works other basic jobs when he can, but he struggles to put food on the table and pay for his kids’ school supplies. In April, unable to find steady work in the coffee fields and receiving regular threats from a creditor, he headed north, hoping to find safety and opportunity in the United States. “We were barely eating. I couldn’t give my kids a life,” Dennis told me. (He preferred that I only use first names for him and his family due to safety concerns.) Thinking that his two boys — ages 2 1/2 and 7 — were too young to travel, Dennis took Sonia and together they left Honduras. They trekked through Guatemala and Mexico by bus, train, and on foot. They were robbed once, terrified the whole way, and had to beg for food. They slept wherever they could — sometimes in the woods, along the tracks, or, when they could scrounge enough money together, in migrant flophouses….

December 14, 2019 | Categories: Uncategorized | Tags: 100 Children From Their Parents Since Family Separations Officially Ended, The Government Has Taken At Least 1 | 1 Comment

URGENT NEWS TWITTERED: “WARNING: “GRAPHIC CONTENT” SO THIS WHAT HAPPENS WHEN A KID WEARS A MAGA HAT TO SCHOOL

My attorney @FoyeWalkerPA said it's okay to release the video, 😡warning graphic 😡 keep in mind this is only the first 21 seconds of the video…please RT to have these two girls and 3 boys held accountable. pic.twitter.com/8oEz79K2xN

December 13, 2019 | Categories: Uncategorized | Tags: THIS IS REALLY A HORROR - YOU HEAR A CHILD CRYING IN DEATH FEAR IN A PUBLIC BUS - BEATEN FROM SOME "CHILDREN" | Leave a comment

The President of the Royal College of Obstetricians and Gynaecologists (RCOG), Lesley Regan, has called for the Government to roll out ‘Facetime abortions’ across the United Kingdom. Under the current law, two doctors sign… The post Girls Now Receiving “Facetime Abortions” From Online Virtual Abortion Clinics appeared first on Pulpit

The President of the Royal College of Obstetricians and Gynaecologists (RCOG), Lesley Regan, has called for the Government to roll out ‘Facetime abortions’ across the United Kingdom. Under the current law, two doctors sign… The post Girls Now Receiving “Facetime Abortions” From Online Virtual Abortion Clinics appeared first on Pulpit

America’s torturers and their co-conspirators must be prosecuted

“Five years after the publication of the Senate report, where are the torturers and their co-conspirators now? Gina Haspel, who presided over a CIA torture compound in Thailand and was implicated in the destruction of tapes of Abu Zubaydah’s torture in 2005, was promoted by Trump to become the new director of the agency.”

“I was in such an indescribable state of pain… I could hear sounds coming from the brothers, not only one but more than one brother; one was moaning, another one vomiting and another one screaming: my back, my back!”

“He started banging my head against the wall with both his hands. The banging was so strong that I felt at some point my skull was in pieces… Then he dragged me to another very tiny squared box. With the help of the guards he shoved me inside…

MICHAEL JACKSON: OLODUM – THEY DON´T CARE ABOUT US (LEGENDADO)

The mythology of a proud, independent nation is challenged by the often secretive role of Australia as an appendage of the United States and the rise of militarism. Following his latest film, Utopia, John Pilger will discuss these ‘unofficial truths’

The Ultimate Test of a Moral Society